A little alliteration for you on this fine, gorgeous, cool evening. Today’s high was 75, partly sunny with a cool breeze–OH it was redhead heaven!!! When I saw the forecast yesterday I rousted J about riding, so this morning we loaded up Chief and Sedona and headed to the Spenceville Wildlife Area to try some other trails and just generally bomb around in the great weather.
Heading out in the cool breeze 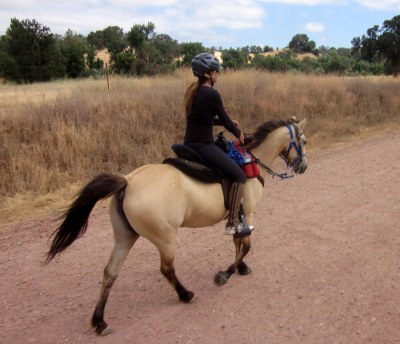 Posture-pedic baby! I thank my early years of playing the saxophone for my riding posture 😉 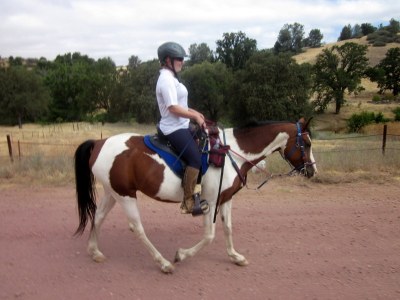 Love to see water in July, no matter the temperature 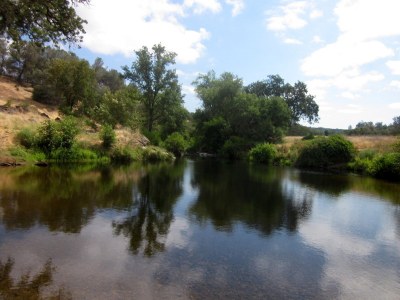 We’ve gone about 1/4 of a mile and Chief is already drinking! 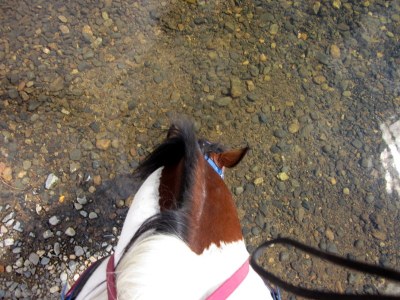 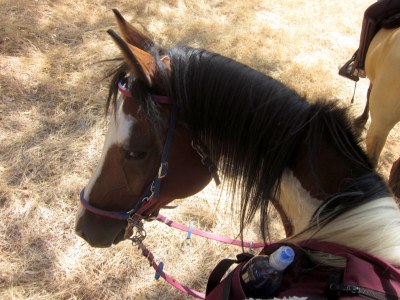 We headed out the road we usually end our rides on and took a marked trail toward Fairy Falls, just over 3 miles from the trailer. Spenceville is largely wide open spaces, so you can either follow the dirt road/trail or just wander around. It’s a fun spot to ride because you have the visibility and good footing to tear around at some speed!

Winding trail along the hillside to Fairy Falls 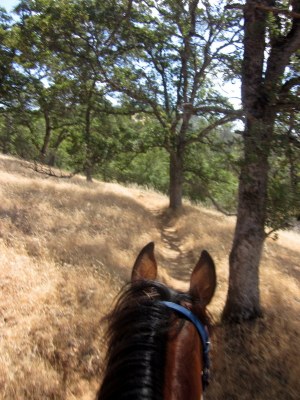 I trotted ahead and set up for this shot, see how high Sedona lifts her feet off the ground? You can see the shadow her right front is casting (snug in her new Easyboot Epics)   She *never* stumbles, I’m jealous! 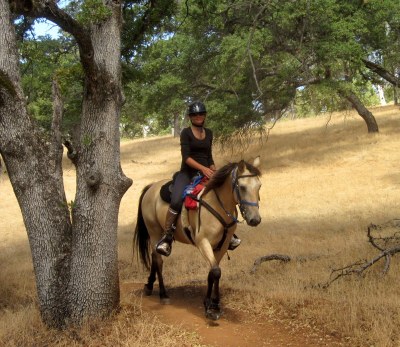 The falls wasn’t very big but it was very cool, there was a fenced-in view point over it as it was  steep drop off into a rocky gorge: 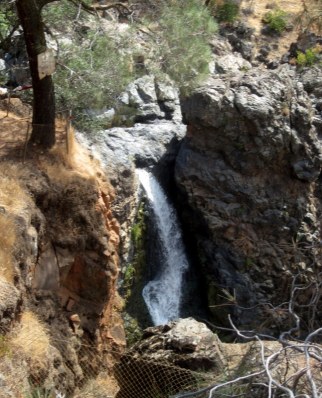 Lower along the falls 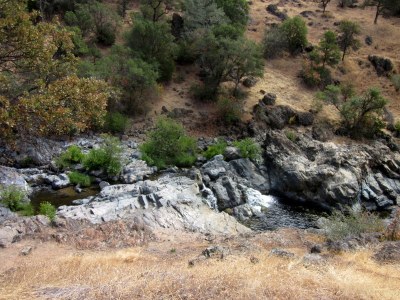 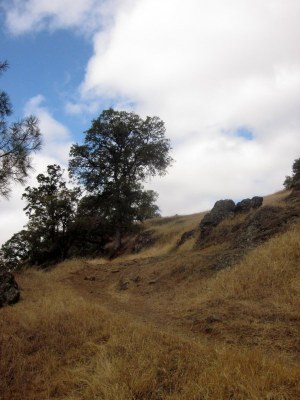 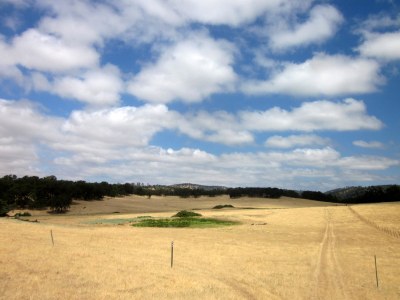 We were only at about 5 miles after going to the falls so we decided to swing out and take our usual loop backwards. J had to get back to town at a certain time so we felt the time crunch a little and pushed the horses at a good pace the whole day, lots of trotting, some cantering, a bit of hillwork. It was so great to be able to push them a little and enjoy the speed without sweltering and worrying about their recoveries like in higher temperatures. 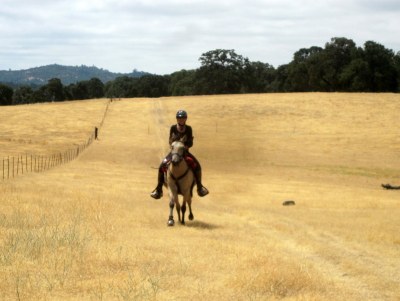 4 gates to open and close along the way, we take turns and our horses are sometimes great, sometimes terrible at it 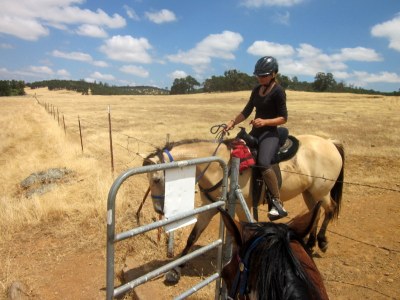 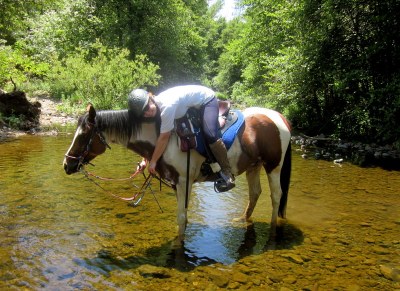 Chief so wants to be an endurance pony. Let’s be honest, I so want him to be one! Today was the first ride where I felt like we had built a little bit of fitness and were getting somewhere. We rode 13 miles in just under 3 hours and I still had horse left under me, where on previous rides of similar mileage it took us longer and Chief was flat out exhausted afterwards. Of course the cooler weather probably helped too! Chief has a very smooth trot but has never been truly fitted up to have a bigger extended stride and today he did his first few incidents of a bigger, stronger trot instead of his jog-to-canter routine. Cool beans!

Did I mention he never stops eating? 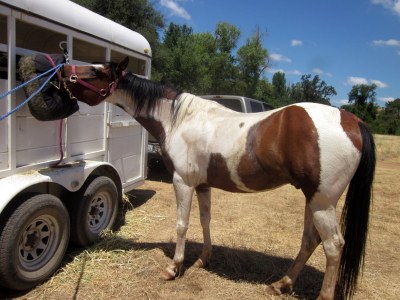 If all goes well in the next couple of months we have a tentative plan to take Chief and Sedona to the Chamberlain Creek endurance ride end of September and ride them in the LD.   🙂