This statement is slightly tongue in cheek, but did you know that Nebraska is not the hot spot to be? I generally knew that it had a lot of land and not so many people, but after failing to convince five professional horse haulers that they wanted to bring my other filly, Rushcreek Aurora, from Nebraska to northern California, for a healthy price, I really started to wonder. My only other experience with shipping horses so far in life was quite easily convincing the first hauler I called in late 2010 to bring me a pregnant mare from Utah, in mid January. Nebraska in April didn’t sound so hard! I called said hauler first off on this go round, but he gave me a *theoretical quote* and then never called me back, which was a bit of an ominous start.

But I’m so cute, don’t you want to give me a ride Mr. Shipper Guy? 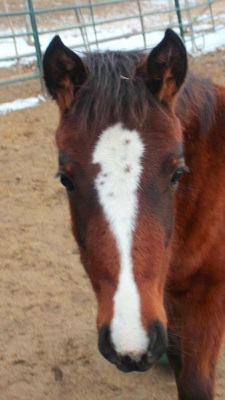 Sure enough I struck out over and over with the haulers and honestly was reevaluating my decision to buy an extremely young filly that I’d never met who happened to live (literally) 1,500 miles away. I mean, as Funder would say, it had seemed like a good idea at the time… 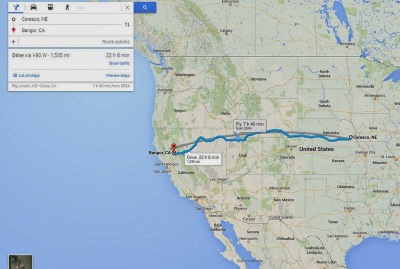 This is a fine time for her to enter the story, actually, as she was ultimately my saving grace. As I ranted to her on Facebook about these so-and-so’s who couldn’t be bothered to tour the balmy environs of Nebraska in April, she calmly recommended Lightstar Horse Transportation out of Gilroy, CA, who had hauled her mighty steed Dixie to Reno some years ago. I googled, I dialed, and in 5 minutes I had a box stall booked on an insured luxury semi headed this way in approximately 3 weeks, for no more cost than the useless theoretical quote that I’d started with!

Thanks Funder and Lightstar, for turning this from a major bummer back to a Yay, We’re getting a new filly!! She is being picked up right about Sheza’s 3rd birthday and should be here within 3-4 days of pick-up.

Here’s a pic of her from Nebraska the other day 🙂 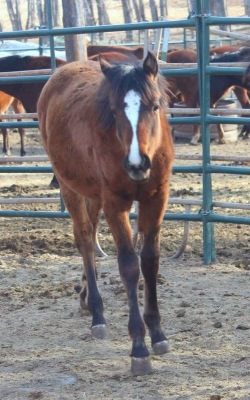