It’s been another busy few weeks at RHE.

Our Valley Fire tack drive wrapped up with great success; support poured in from horse folks near and far, including donations from Virginia and endurance rides in both California and Nevada.  Our final donation tally was 21 saddles and a 2 horse trailer load of gear and supplies which I delivered to a wonderful gal in the directly affected area, who lost her barn and gear and tools but immediately turned her attention to helping others. Reports are that the donations are being dispensed and enjoyed, thank you again everyone that participated! 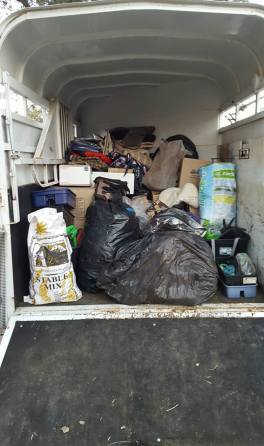 I’ve been on the road doing lots of hoof work and boot fittings, and then one day had a flat tire on my plastic wonder Saturn.. 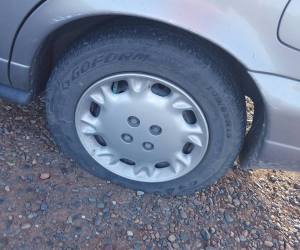 But then more Blazey miles, so things were better

Beautiful evenings and stellar autumn sunsets are a treat 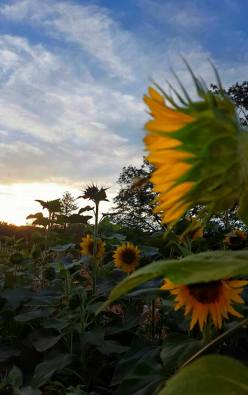 As are the shady trails, with hints of seasonal color. I even wore a vest one day. 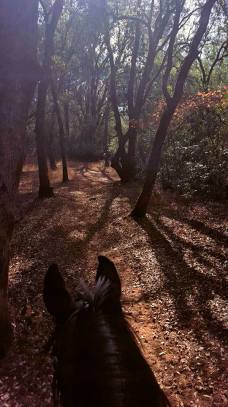 But it’s been pretty hot overall, some 10-15 degrees above normal

In strategy news, Blaze has been getting a salty mash (alfalfa pellets+dash of Safechoice Original) with ABCPlus gut supplement in it before every ride in his last few weeks of rides, and he’s eating and drinking brilliantly on trail, with solid hydrated poops and pretty reliable snacking for him. He has previously been a picky eater and drinker with runny poops, but bumping him to a mash before the ride has really seemed to make a difference.

He still inspires the Zen Eeyore march in all compadres 🙂

It came about that Scrappy needed to come home from his coastal summer off, so last weekend when I had a few days I ran over to the coast.

Then a tire fell off my trailer. (if you’re counting, that’s 2 tire failures in 1 week) Basically, I had the trailer worked on in spring and hauled extensively all summer..various interpretations aside, lugnuts were either too loose or too tight and the actual tire studs sheared off, leaving me inches from having a tire fall off in traffic, if I hadn’t heard the noise by a convenient giant Chevron pull out, directly across the street from an open tire shop. On an unloaded trip. Phew!!! 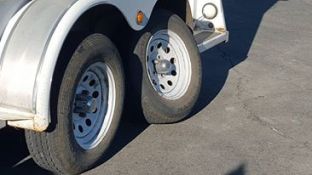 I made it coastal, had a great turbo visit with all my family members, and even squeezed in a ride with my brother and his girlfriend! Truly an occasion to remember as he has always been a rather non horsey fellow.

Scrappy and his mare friend, my brother and I! 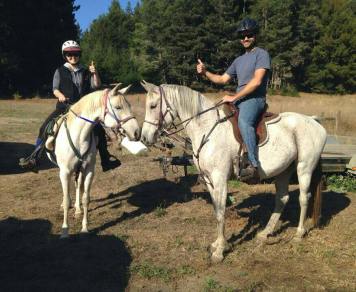 A little taste of beautiful coastal riding. Miss it sometimes

Scrappy and I had a rather epic drive home, including 5 sets of construction and 2 hours waiting in accident traffic..but we had a shady patch in the road, and we were just waiting, while other’s lives were going very much worse. Also, I felt very much better about things after sneaking between truck and trailer to pee while in the traffic line! #shamelessendurancepeer

Eventually we made it home and Scrappy and Apache and the mini are rocking a triumvirate of tiny man power for now. Scrappy is for sale to a loving light use/family home, so please send any appropriate inquiries or interest regarding him my way! auroragrohman@yahoo.com 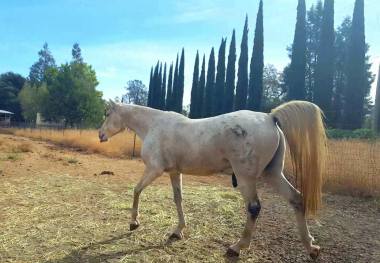 Meanwhile, mares share a pan only by the grace of a redhead’s glare

And with some more fittings in the books, another pile of ponies are stepping out happily on trail in their new Renegade hoof boots! Here’s a client from the other day, who’s mare was free and forward for the first time on trail with her hooves protected.