~People often ask me how I manage to ride so much and the answer is, I’m determined. I have been blessed with a few crucial people who have cared in this life, including members of my non horsey family who think I’m nuts–and I have grabbed onto those opportunities and run with them. From my teenage years getting off the school bus between things to muck stalls, to boarding my mare in the hills while I worked and went to college, to the journey up north and eventual purchase of our own home 6 years ago, through a near split and panicked herd reshuffling, and reuniting again..I’ve been busy in many ways and various life styles and have shaped my life around horses because it’s my life blood. If that does anything other than encourage you, I wish you solace and a perspective change. ~

Things are rolling right along here at RHE as usual!  Last week saw big Orange and I loading up in our Renegade Hoof Boots duds and crossing a refreshingly snow hugged Donner Pass into Nevada for the annual national AERC Convention. It was my second year working the Renny booth with GoPony’s Ashley and we had a great time again, from endless tack and horse ruminations to the odd purchase and of course connecting with friends old and new. This was my first year attending the National Awards Banquet and it was great fun, from being cleaner than ever before (or again?) with endurance buddies to the great food, fabulous Emcees, and inspiring awards. 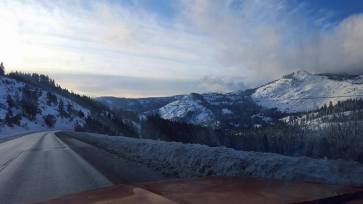 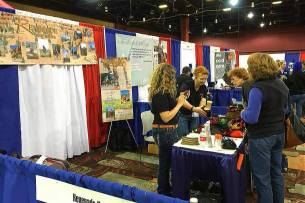 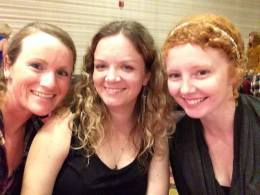 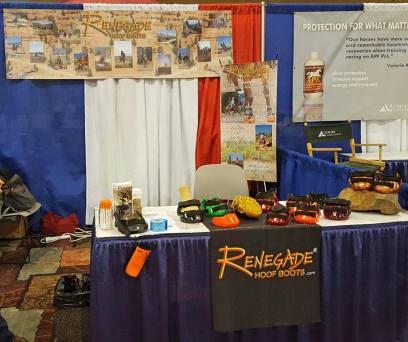 A hoof client cancellation Monday morning meant my next week started fabulously in the saddle, as it ended! 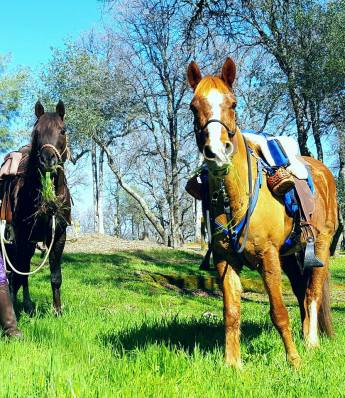 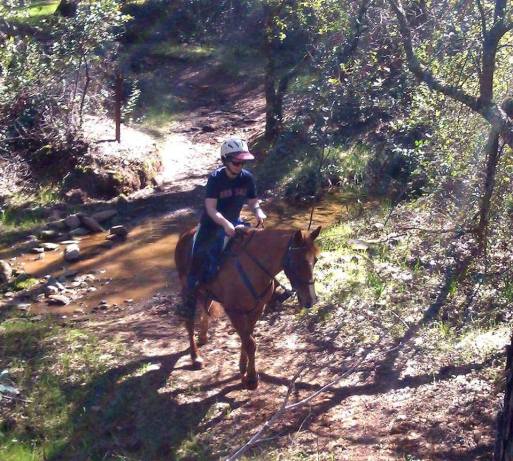 Kenny’s second outing of the week included ponying his bossy broham Apache. Inevitably there is gear being added or subtracted in testing, and this time it was slightly downhill Apache’s turn for a crupper intro. Despite having been tacked up by me maybe twice ever, including the time he assisted me into the dirt last summer, Apache was entirely blase about the busy parking lot and tacking up experience. He takes great comfort from Kenny and myself and has assumed an air of “Well, my nutty human is doing something silly again, let’s indulge it.” While sensitive, he isn’t spooky per se, being quite bold with natural objects and taking new things in stride easily; his discomfort now seems to lie entirely in human Stranger Danger and a nervousness about horses riding behind him (haven’t quite pinned that down yet..he was very nervous about Aqua behind but cared not if Kenny was..so is it stranger horses, or a stallion, or?) 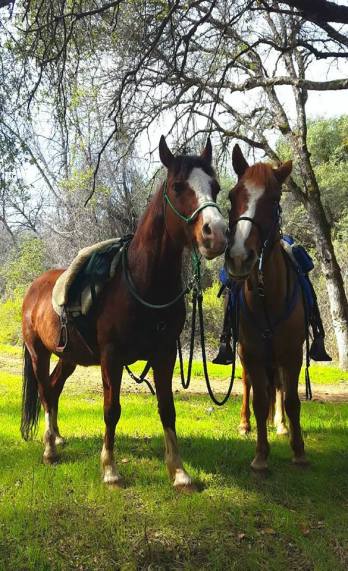 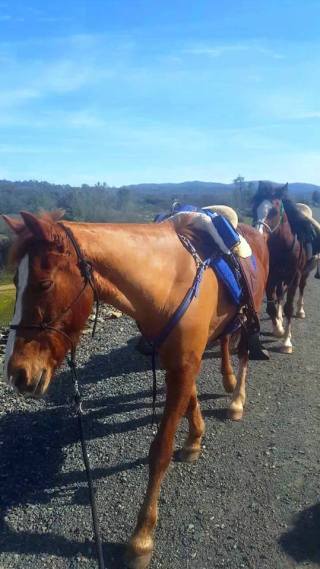 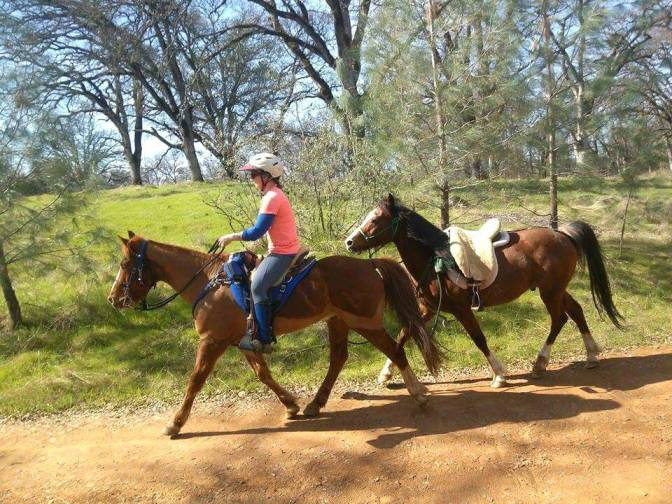 I feel entirely safe in my above claims of Apache’s cool character after that day’s *true* crupper test–he attempted to pass in-his-mind-Slow Kenny on a narrow trail while being ponied, slid off of the side with an oncoming tree, pirouetted back on trail without a scratch, and continued trotting, as I juggled reins and ropes and gaped like a fish. There was no further reaction from him so I didn’t know why W seemed so aware of our incident as soon as we pulled up behind them farther down the trail–until I turned fully around and saw beer barrel shaped Apache with his saddle twisted almost under his belly and the crupper cranked tight around his tail, standing with a hoof cocked like What? Get on with it Then.    !!!!!!!! This horse.. 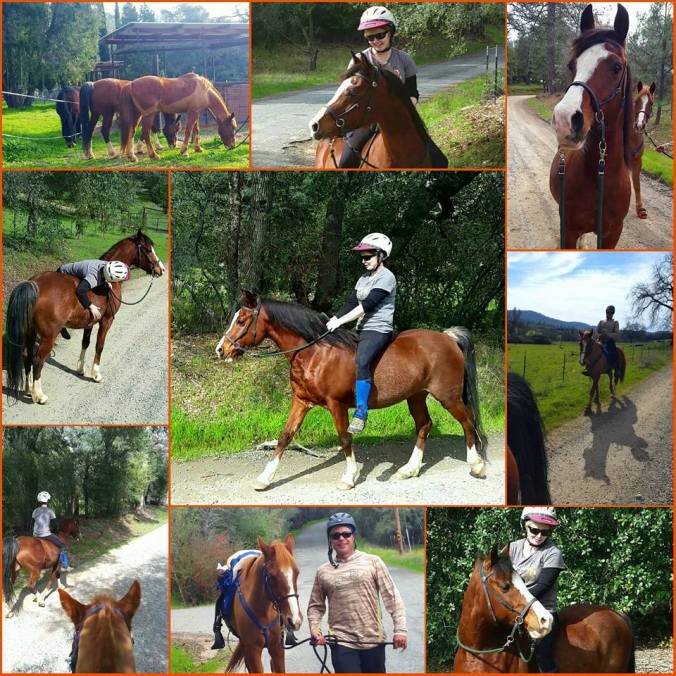 Stallion Aqua’s human, W, is a Renegade client also getting into endurance, so we just can’t get enough of riding and playing with tack and boots. Saturday saw me hauling a tap dancing, hollering, trailer rattling Sheza over to W’s for some boot experiments and a country road ride. Sheza made no less than 8 people jump with her announcement of our arrival at the gas station on our way over, she’s well aware the Oscars are this weekend you see and won’t be put out of the running just yet! Fortunately her drama really is skin deep and with an unimpressed lifted eyebrow, some gentle spacial reminders of what manners are, and a stout tie pole for her to ruminate at, she was her good little self after the initial excitement. Through various experimentation she ended up wearing 3 different sized vipers AND a size 0 Renegade all quite successfully and seemed to really enjoy stepping out with all four hooves protected. 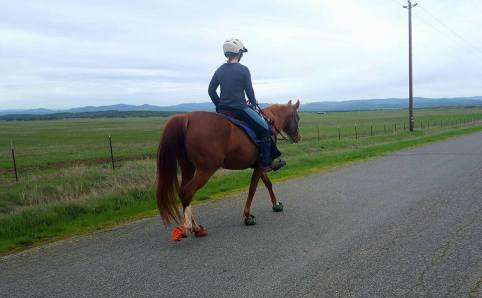 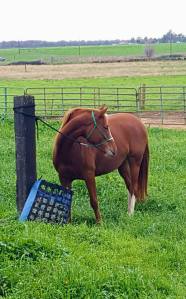 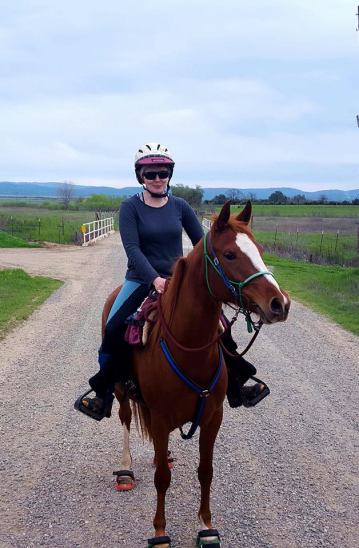 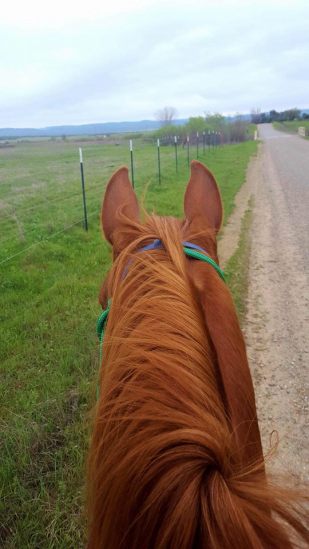 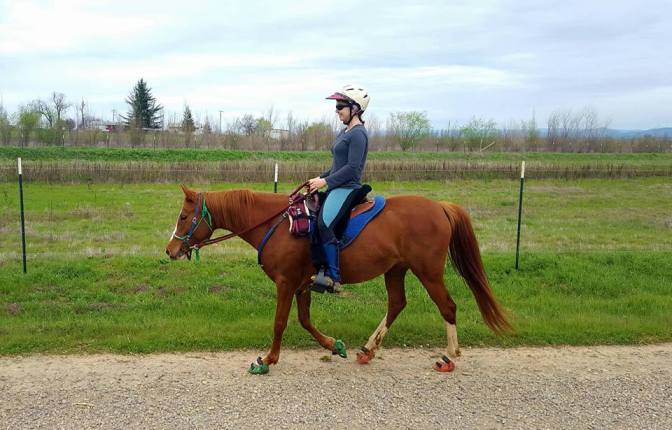 Meanwhile, my husband was home getting the septic repaired and pumped and while I must say he got the shitty end of that stick, it’s really just been a great week. Wishing you all happy trails and pony progress!

One thought on “AERC Convention and More!”