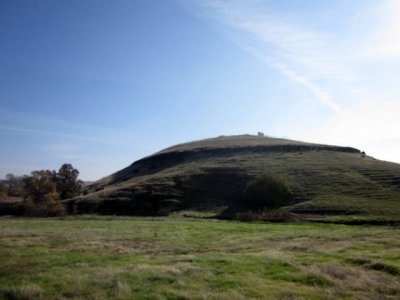 Today I had my first “bucking incident” since my leg-breaking “bucking incident” 2 years ago. In this happy case, the incident was much shorter and less alarming than last time and, most importantly, I didn’t come off the horse (or break anything)! I’m glad for a myriad of reasons that I stayed on, first and foremost to prevent injury but not far behind that is the thought that I am grateful that I don’t have to deal with any renewed fear from coming off again;  in fact staying on and bringing things back into control was a sort of confidence booster. It also lets me know that I have made progress in my mental battle, since a very minor crow hop a year and a half ago turned me to jelly, and today I sat a couple of rather serious bucks and then continued on through the ride feeling okay with things. That said it reminded me that while I am greatly enjoying Desire I still don’t know all her ins and outs. As we progress towards working good mileage at speed, and at speed with others, she may show me some different sides to herself. Not that I think she’s going to become a murderous hellbitch or anything, it’s just that I should continue to be awake to the fact that she is somewhat of an unknown quantity. And we all know speed+other horses sometimes brings out different elements of a horse’s temperament. Even my darling Blaze has been known to start acting like he’s heading to the post against Secretariat at times. So anyhoo, figured I should start the post by saying I endured, and I survived, and I finished in the saddle. Winning.

To be more chronological, the morning started with a tap-dancing-as-usual Desire in the cross ties. Annndd..snacks!

We had another morning ride planned with N. I’m getting mighty handy at slapping those Easyboots Gloves on, if I do say so myself. I’m figuring out how helpful, or unhelpful, Desire is going to be about it and the process involves a lot less grunting, swearing, and sweating now. We were going to Camelot Equestrian Park  and had our longest haul yet, it took us about an hour with a stop for gas and beverages. Not long in the scheme of things but certainly longer than the usual 15 or so minutes to the lake. Happy to say Desire came out of the trailer at the park nice and dry. The park is a really cool place, if you aren’t familiar with it click the linked name and check out their website. I’ve been there in the past for gymkhanas but didn’t go this year due to all the endurance rides and also because their gymkhanas became CGA events and that was a little too serious for my taste. The place boasts multiple arenas, a cross country course, some neat little trail loops, a galloping track, and a lot more.

Well anyway its turned into a Camelot PSA but I just think its a neat place and again grateful to live nearby to such a thing. Lake Oroville trails are where I will spend most of my time but Camelot is a novelty and I AM going to try out their galloping track at top speeds some day soon. Today just wasn’t the day.

Saddled up, N and I headed out past various cross country obstacles, a few of which Desire had to eyeball suspiciously. The place is quite open with minimal trees so you can really see what’s around and what’s coming, including the various herds of cows pastured in a couple of directions. Both mares spent a good amount of time monitoring the cow’s every movements throughout the day’s circuitous routes. We also encountered tractors, tanks, generators, various jump obstacles, signs up and signs down, even one of those gas station signs with the gallon prices listed out, lying in the grass. We had the girls graze next to it to show how brave they are. There was also a minor water crossing and a water obstacle jump to wade through.

There was intermittent wind. Decent footing though some of the trail could have used a plowing to take care of some sinkholes and rocks. Desire may have been happier barefoot there, it was pretty generous, deep footing and felt a little clumsy in the boots, and N’s mare was barefoot. But I am sticking with the boots until my trimmer and I are happy with the state of her hooves. We took a couple of turns around the galloping track, which is measured out in meters with mostly nice footing. Started out walking and then had one good brisk trot/canter around again and I believe it was the third route around the track that things got a little exciting. We were trotting along, on the right side of the track, just ahead of N, and I felt Desire hump her back ever so slightly, and since my gelding often gives exuberant mini hops early in a ride, my thinking was it was a little friskiness. She wasn’t tossing her head or pulling, and we were trotting along at a medium speed. I felt the little bump. We trotted on, things seeming kosher then BUCK BUCK BUCK. That girl has some power in her hind end and the transition from trot to buck was pretty powerful. I don’t remember if I lost one or both stirrups, but I did initially lose at least one, and started to slide to the side as well. I remember the thought “OH HELL NO” searing through my brain and I clamped my thighs and knees around her as tight as I could and cranked one rein. We did a couple of spazzy circles and stopped with her head to my knee. I do believe that the whole lot of us, horses included, were a bit shocked. N and I discussed if it could possibly have been exuberance/shittiness but it really felt like something either hit or bit Desire. I got off and straightened a front boot that had gone crooked and checked her over for any marks or what could have scared her. We didn’t discover anything and the cause of the bucking will unfortunately remain a mystery. I can only speculate. She was totally normal and quiet the rest of the ride, aside from the usual cow-eyeballing. The part of the galloping track where it happened runs alongside and then away from the highway and we thought maybe a car had crested the hill in her peripheral vision and spooked her, but it also did quite feel like a panic, get-away reaction, so maybe a rock flew up and hit her or something. The western saddle I ride in has hanging straps at front and back of the saddle that swing and slap but one would think she was quite used to that by now. I DO wish I knew what had made her do it, since its the unknown quantities that instigate little demons dancing in my brain, but oh well. I sat the bucks, stopped her, and then went on to ride for another couple of miles, and did some trotting. All around good stuff. I don’t *think* Desire will do it again, though a small part of me wonders, due to some brattiness exhibited when she doesn’t get to go as fast as she wants, if she doesn’t throw attitude when getting fired up in race mode (Since we were trotting along with, a little ahead of, another horse). Hopefully not, and that’s really my old inner demons talking.

We rode on and with various grazing stops and a water-obstacle drink stop, we ended up doing 8.8 miles in just under 3 hours. I was actually impressed we got that much mileage in with the relatively small trail loops and all, but we did have 4 or 5 trips on the galloping track.

There were low jumps set up in the jumping arena and that mini thrill seeker still left in the corner of my heart wanted to go trot Desire over them, but we had plenty of excitement for the day as it was. We hung about and let the horses graze, and N’s horse roll (I swear Desire rolls the least of any horse ever!), and I shared a bag of carrots and apples I brought along. I glad I was prepared today with water, horse snacks, and some leftover homemade pizza in the truck for the drive home! Yum. I did forget sunscreen though and my face feels toasty tonight. When we were unwinding after the ride N said she worried she slowed us down on our rides together but I assured her it’s always fun. And it is. I ride on my own quite a lot and have for years, and that is a fine time for me to do the speed work I need or want to do. I really enjoy riding with N. We have great conversation, the mares seem to get along well, and of course those social rides are always great practice for the horses.We also actually do a good amount of trotting so its a perfect mix of things and I always have fun on our rides.

For whatever reason Desire came out of the trailer ride home sweaty and a little nervous. I cruised home as slow as ever but maybe the longer ride and excitement of the day still had her a little squirrelly. She had eyes only for the warm mash I mixed up, while Sheza had eyes, and vocal chords, only for mom. My goodness can that baby make some noise.

Now all the ponies are fed, I’m showered and armed in full pajama gear, (I didn’t fall off!), and the husband is making dinner..Life is good.

2 thoughts on “A Bucking Incident–Survived!”