I’ve really been enjoying my horses lately. That seems like such a silly simple statement, is it even worth writing about? I’m pretty certain that it is, because it feels like I’ve spent the last 4 years struggling, and searching, with some enjoyment sprinkled in. Though I did my first LD ride as a teenager (2002) and was immediately hooked, my first season of true endurance (50+ mile rides) didn’t happen until a decade later. After weaning and reconditioning through fall and winter 2011, Sheza’s dam, Desire, and I reeled off 7 50s in 2012, facing a little adversity along the way, but overall having a really great time and planting the notion in my head that that was how endurance went: conditioning of course, but then almost a ride a month, and lots of fun. 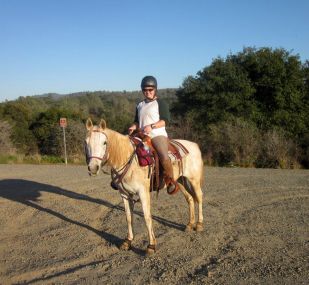 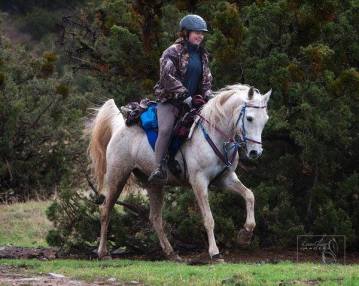 After completing her last 50 in fine form that fall, an inconsistent and subtle hind end lameness came up with Desire, leading us down a winding path of diagnostics, an attempt with hock injections, and an ultimate decision the next spring to retire her from endurance altogether, after that one season together. She was 18 at retirement. 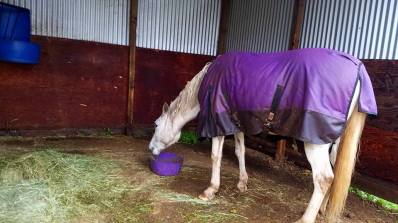 Desire, now 20,  having soup in the storm yesterday. She has a forever retirement home here

And thus began the journey: what’s next, when your “perfect” plan (ride Desire through her late teens/early 20s as her daughter, the next gen ride, grew up) gets thrown out the window?

First of all, there is the saintly buddy, the critter that may or may not be a competition horse, and in my case isn’t, but that is those most crucial of things: reliable and kind. I speak here of course of Blaze, my dear round 14hh bay fellow, of uncertain age (estimated in his mid 20s now) and ancestry, mined up from Craigslist all those many years ago–and the furry shoulder whereupon I always end up laying my head, in joy or frustration. 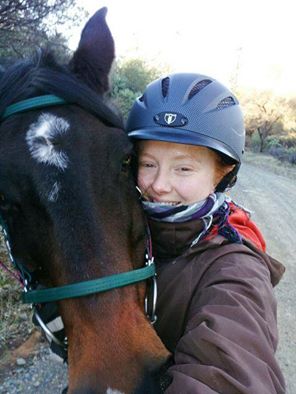 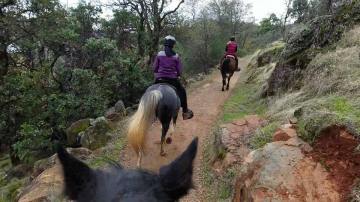 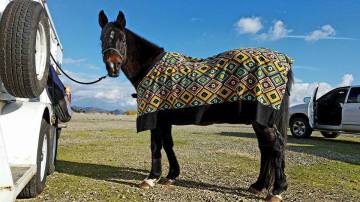 There’s never been any question that Blaze was going anywhere but he isn’t an endurance candidate either, and so I’ve been on *quite* the search the last few years, from buying a proven well bred 100 miler (fail!) to driving a few states to pick up a free project known to buck (adventurous fail!). All of those stories are contained here in the archives, but I’d like to speak to the present.

The present finds me with 2 aged permanent residents, Desire’s daughter who is a very spicy now-5 year old, and the “newest” addition, now here just over a year actually: crookshanks Kenny, a Morgan pony once bought off of the meat truck. Despite completing a tough 25 miler with me this spring, Kenny isn’t a very likely endurance candidate and I had myself already decided that was probably the case by late summer, due to lameness and other frustrating times.

I caught myself looking at For Sale ads again last month, and then, comically, being a little proud that I was staying off the Free/Project pages. I also immediately began to stress again, already diagnosing my unbought next horse with my next failure. Catching myself in that cycle, I called horse puckey on the whole thing and went out to look at the lovely creatures that I was already blessed with. I looked, I scratched, I spoiled, and then I just got them out, as the beloved and quirky creatures they are, working with and for each as was appropriate. 6-10 mile fun rides with friends, some trotting and cantering, increasing time on my own two feet, for Blaze. 5-15 mile ponying rides/hikes with Sheza, round pen work, mounting and dismounting and desensitizing–and recognizing my own weaknesses in training (fear of the move-off after mounting) and asking for help as needed (trainer bound in spring, local friends helping til then, and not addressing it myself unless I can work through it, so as to not encourage crap behavior by chickening out at inopportune moments). Sheza is my most promising endurance prospect, and also realistically where almost all of my current risk is and should be invested; I’ve now flailed about long enough that she’s approaching an age to really go to work, and as a truly Haat character all the physical and mental work I can invest for and with her is absolutely worth it. 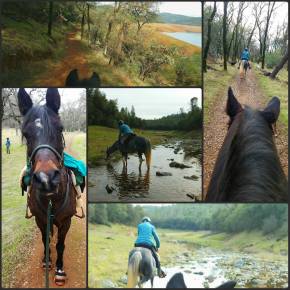 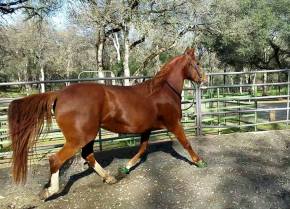 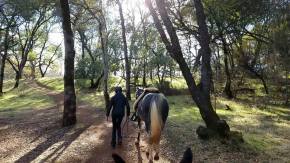 And Kenny? Kenny,as I say over and over, is just so Kenny, very much full of pony-tude, very much not an Arab in many ways. And so why not apply that to the notion of Kenny doing endurance, eh? I wrote him off after a slow LD and possibly quite explainable lameness this spring–and that after only about 6 months conditioning an adult but un-legged up and heavier boned little guy. Lately I’ve been riding Kenny with buddies for various purposes, but the most fun being un-marking endurance trail, where we ended up riding over 10 miles and slow burning Kenny really warmed up and had plenty of sassafras left after 15, leaving an admittedly greener Arab plodding behind. I have noticed in the past that Kenny takes about 5 miles to commit to the notion that we’re going riding, and only gets better as the miles continue. He also has a lot more gas in his tank in cold weather. Perhaps against all odds, and ever paranoid that lameness will pop up again, I’ve started to ponder putting Kenny in a cold 50 miler. He’s had a year of LSD, with some hiccups, so I’m thinking about continuing/bumping up to 15-20 mile rides as weather allows, acknowledging he probably needs more conditioning work than the Arabs I’m used to; if things continue to go well over winter, maybe a return visit to Cuyama XP next March. He eats, poops, pees, and drinks unashamedly, and has been enthusiastic and even competitive on his last few rides with his old buddy Apache, plus paces well with the friend I would trailer-pool/ride Cuyama with. I was stuck on the notion that my endurance horse had to enjoy training solo, which Kenny simply doesn’t, but frankly I don’t particularly enjoy training solo anymore either, and can schedule to ride with buddies fairly reliably at this point. 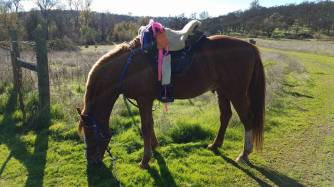 snacks on the job 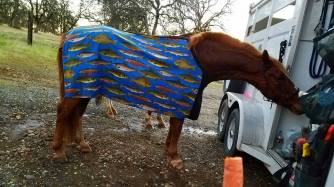 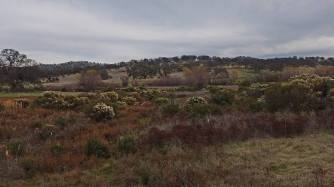 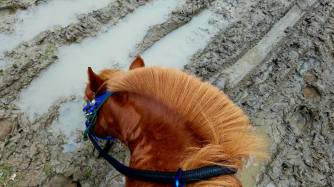 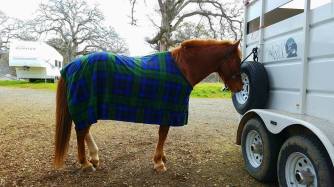 I can certainly never predict what horses and life will throw at me next, but at the moment I’m just really enjoying my quirky herd and looking forward to coming adventures, on both 2 legs and 4, in the new year. 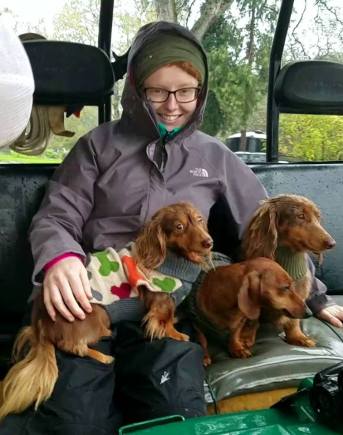 with the weenie crew 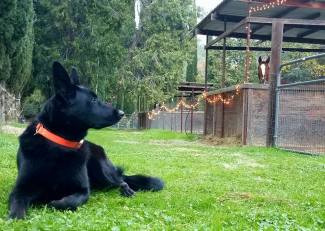 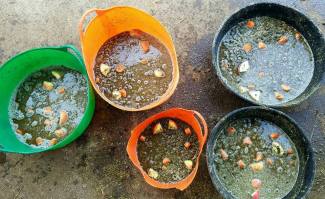 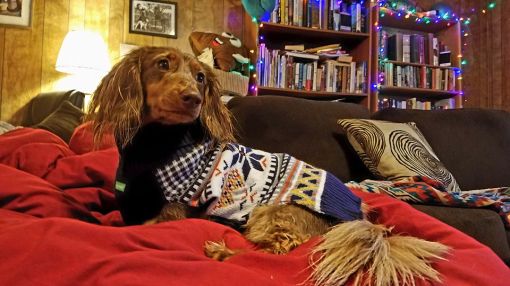 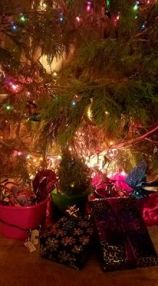