It was a fun and busy last 10 days here at RHE. On the weekend my mom brought my nieces and nephew over for their annual summer visit, which always involves fishing at the river–and riding Blaze! 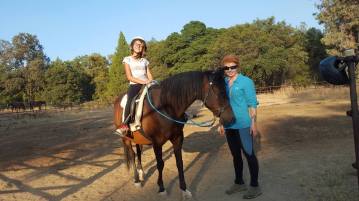 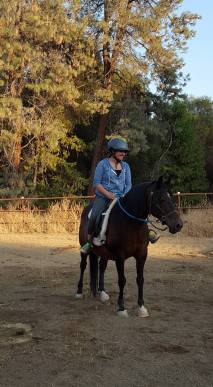 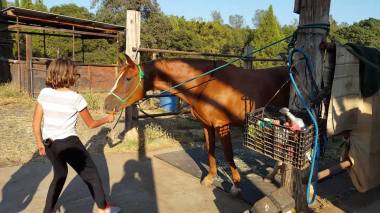 Aside from a number of outside boot fittings and a few trims, during the week I trimmed 3 of my herd, got both greenies seriously quality excursions, and had dinner with a friend I haven’t seen in a while. As a not very social person this was a rather full plate for me but the struggles and loss of those around me spur me ever onward to make the most of each available day. Mission complete, this week.

an evening ride on a solid Mustang after boot fittings 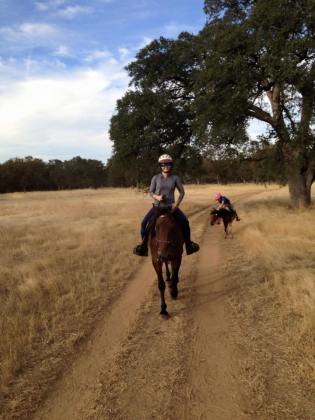 some of my favorite faces, don’t miss dark bay Blaze ❤

sporting the wide tree Solstice I bought from my Tevis rider, I looove it 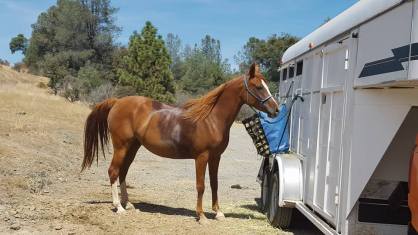 Our Farley-escorted Sheza excursion went great. While we’ve been hiking, I hadn’t ridden her in months. I had her work the spazzies out in the arena before we left for the trail and she was a model citizen for our 3.5 mile cruise. She did get mentally tired and tried first her stop and eating anything, then a few trots I shut down, and finally a few snarls at Farley to see if that maybe got her something she wanted. If she wanted a swat on the neck then her wish was fulfilled, and onward we went, with a pretty polite solo trailer ride home for Sheza. She had a seeming bout of gas cramps when we got home, stopping in the middle of consuming her mostly-water mash  she looked suddenly pained, flattened her tail, and basically looked like someone who badly needed to fart. She walked herself in circles, stopped and looked pained, and repeat, for about 5 minutes before her brow suddenly cleared and she was and is normal ever since. It was rather alarming but interesting! Hopefully a fluke. 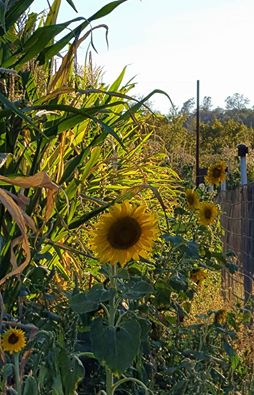 W, a new friend and boot client, she of the heavenly shade and rig at Tevis’ Foresthill this year, has the kind of horse sense that is natural, undeniable, and inspiring. I knew that Apache and I were in a bit of a rut after I came off in July and fortunately she kindly agreed to work with Apache and I yesterday morning. I hadn’t loaded him since he came home but, being a clever fellow, it actually took me longer to catch my usual pocket pony than to load him. They know things, I tell you.

W took Apache in the round pen and at liberty just had him move around, not driving him or even choosing a direction, just moving his feet, to “see what he knows and let him know I am open to communication with him,” best said in her words.  You may get tired of hearing/seeing this word but Try is the word for Apache. He wants to be a human’s horse but he’s clearly had issues in the past, and you can see the literal physical effort he puts into standing still and participating in what the human wants, even when his breath comes in short huffs and his skin literally quivers at a touch. He stands. And tries. And learns. It’s really something.

What was really exciting was that W honed in on the likely key to the bucking right away–complete discomfort bordering on panic at his barrel/lower belly/man parts being touched (as my leg/the stirrup fender would have).  It made even more sense as I remembered when I long lined him after the bucking incident he was pretty squiggly at the lines running down his sides/flanks. This time his entire hind end flinched heavily and repeatedly at a touch or intended touch and you could hear him catch his breath while she was partially mounted (note, I run my hands and the rope all over when grooming and don’t get this reaction). As he was  a breeding stallion for a time, he’s very aware of what his bits are for and some of the desire to protect that area could be from from that, though his even more defensive reaction to human feet rubbing his legs or near that area suggests some trauma as well. 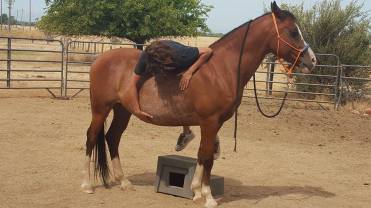 After some time going back to the ground and desensitizing his barrel area..

okay human, you haven’t done anything terrible and I kind of feel okay about this whole thing

humans are totally weird but I kinda dig it

expressions are in microfractions with boy, his head remains high and ears a bit tense, but the hanging lower lip is the green light (she just jumped on him from the ground!) 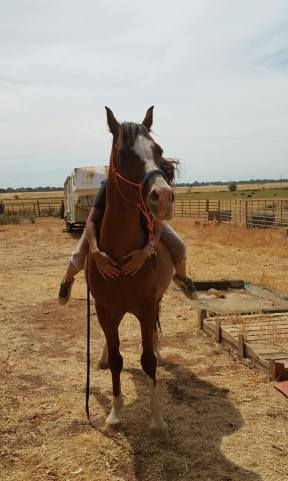 Overall it was a very informative and exciting session, as W saw as much try and potential in Apache as I do, and she unlocked some great homework for me that will get us out of this rut and on our way to discovering the next bump in the road! Better together.

and then I woke up to cool rainy skies, ahh 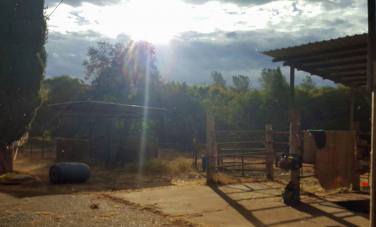